From a correspondent in Texas 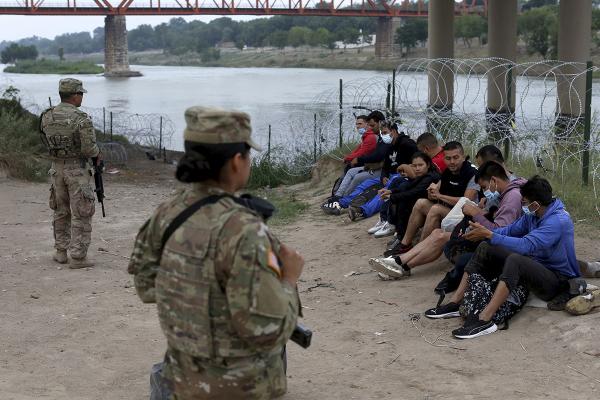 Displaced and dispossessed people from all across the planet are arriving at the banks of the Rio Grande, May 20, 2022.    Photo: AP

On November 15, Greg Abbott, the fanatical Christian Fascist governor of Texas, tweeted that he is “fully authoriz(ing) Texas to take unprecedented measures to defend our state against an invasion.” He issued an executive order formally declaring that the state is being “invaded” by migrants along its southern border with Mexico, and invoked the U.S. and Texas Constitutions to justify his order.

The measures Abbott ordered include: deploying more National Guard troops and Texas Department of Public Safety police empowered to arrest and turn away immigrants along the border; using gun boats along the Rio Grande, a river that forms the boundary between Texas and several Mexican states; initiating agreements between the state of Texas and other U.S. states and “foreign powers” to “enhance border security”; building a border wall and providing resources to border counties to increase their response to the border “invasion.” Abbott also announced that he will begin sending immigrants detained in Texas to Philadelphia, in addition to the three other Democratic party-led cities they are already being bussed to. 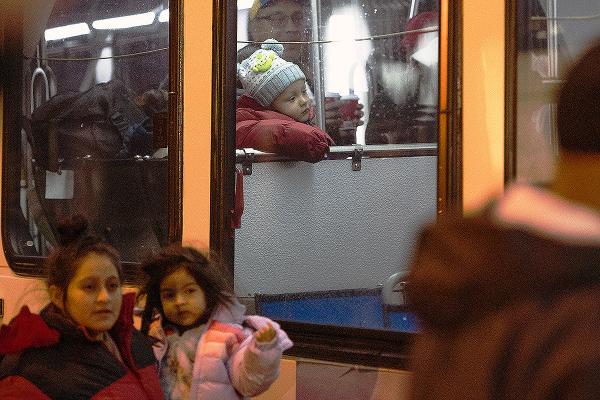 Taken together, these measures amount to an escalation in “Operation Lone Star”—a systematic onslaught of repression, militarization, mass arrests and incarceration, and denial of basic rights recognized by U.S. and international law that has been imposed by the fascist authorities of Texas on much of the area along the border, and extends up to 100 miles north of it. In its first 19 months up until the end of September, 2022, “Lone Star” had resulted in the detention of 308,700 immigrants, with more than 20,200 arrests and 17,900 felony charges. Over 11,000 migrants were bussed out of the state by Texas in that period. 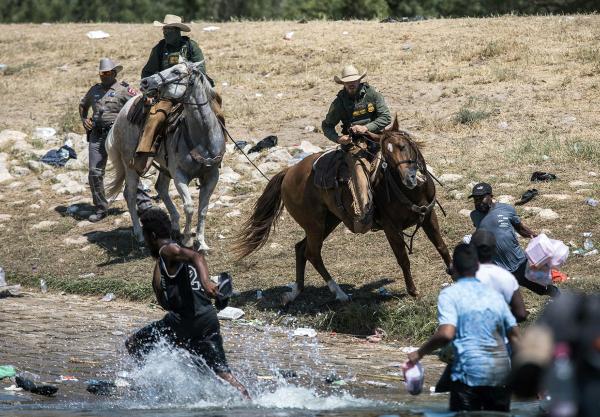 Keep in mind that these numbers are for the activities by state and local authorities in Texas alone. Along the U.S.’s southern border, in the year that ended on June 20, 2022, “there were nearly 2.4 million migrant arrests at the nation’s southwestern border … the highest number ever recorded, according to U.S. Border Patrol ….” Since March, 2020, over 2 million people have been “expelled” from the U.S.—thrown out without any legal hearing—along its southern border. Many have been placed in “camps” on the Mexican side of the border, and increasingly, deep in Mexico’s interior. The New York Times described one of these camps, in the Mexican city of Reynosa: “Overcrowded already, with more than 2,000 people, it is filthy and foul-smelling, lacking … health and sanitation infrastructure.… Assaults and kidnappings for ransom are commonplace.”

Many of these expulsions have been under cover of Title 42, a provision in the U.S. health code that allows the federal government to “expel” migrants who want to apply for asylum. Use of Title 42 was begun by the fascist Trump during his last year in office, using protection of the American public from the COVID virus as a totally bogus and viciously hypocritical cover.

Title 42 was taken up with gusto by the Democrat Biden, who had campaigned for President saying he would end Trump’s “cruel and reckless” polices towards immigrants “on Day One.” But even before Biden was sworn in, he said suspending Title 42 would lead to having “two million people on our border” and is “the last thing we need.” Title 42 expulsions under Biden soared, and soon eclipsed those done by Trump. In October 2022 alone, there were more than 204,000 arrests along the U.S. southern border and over 78,400 expulsions under Title 42. There were 12,034 “encounters” between the Border Patrol and unaccompanied children along the southern border. As of March 2022, over 16,000 unaccompanied children had been expelled by U.S. authorities—forced back into Mexico, regardless of where they had come from.

Use of Title 42 was always supposed to be a temporary measure. On the same day Abbott announced his “invasion” plan, a federal judge ruled that the Biden administration must end use of Title 42 by December 21. Federal and state authorities predict a large increase in attempted border crossings as soon as Title 42 is lifted, and have been preparing for months to assert even harsher control over the border and the impoverished people attempting to cross it when that happens.

Last spring, when it seemed possible that Title 42 might end in March or April, Biden developed a “whole of government plan”—of intensified repression. The plan called for fortifying and intensifying the U.S.’s already obscene militarization of the border, and putting in place even more personnel and facilities to administer "consequences for unlawful entry, including removal, detention, and prosecution” of tens of thousands, perhaps millions, of desperate, impoverished immigrants, and “expedited removal.” A few months later, Biden’s administration announced a plan for “expedited removal”—accelerating the deportation of thousands of migrant families with children who cross the U.S.-Mexico border without papers.

None of this satisfies the even more ruthless Republi-fascists, and the pigs who enforce U.S. law along the border. When it seemed that Title 42 might be suspended earlier this year, Stephen Miller, a rabid hater of immigrants and former senior advisor to Trump, tweeted that this would “mean Armageddon on the border. This is how nations end.” This week, the Border Patrol union tweeted in response to the forthcoming end of Title 42, “This new massive wave of illegal aliens that is going to hit our country is brought to you courtesy of the ACLU. They love to romanticize criminals and vilify law enforcement.” Ken Cuccinelli, who had been a high-ranking official in Trump’s Department of Homeland Security, criticized Abbott for not using “the full authority of an invasion declaration. Saying you’re being invaded but not blocking the invaders from coming is a hollow shell. Until Governor Abbott removes illegals back across the border and out of the country, this will continue to be a P.R. stunt—and Texas and the U.S. are worse off because of it.” 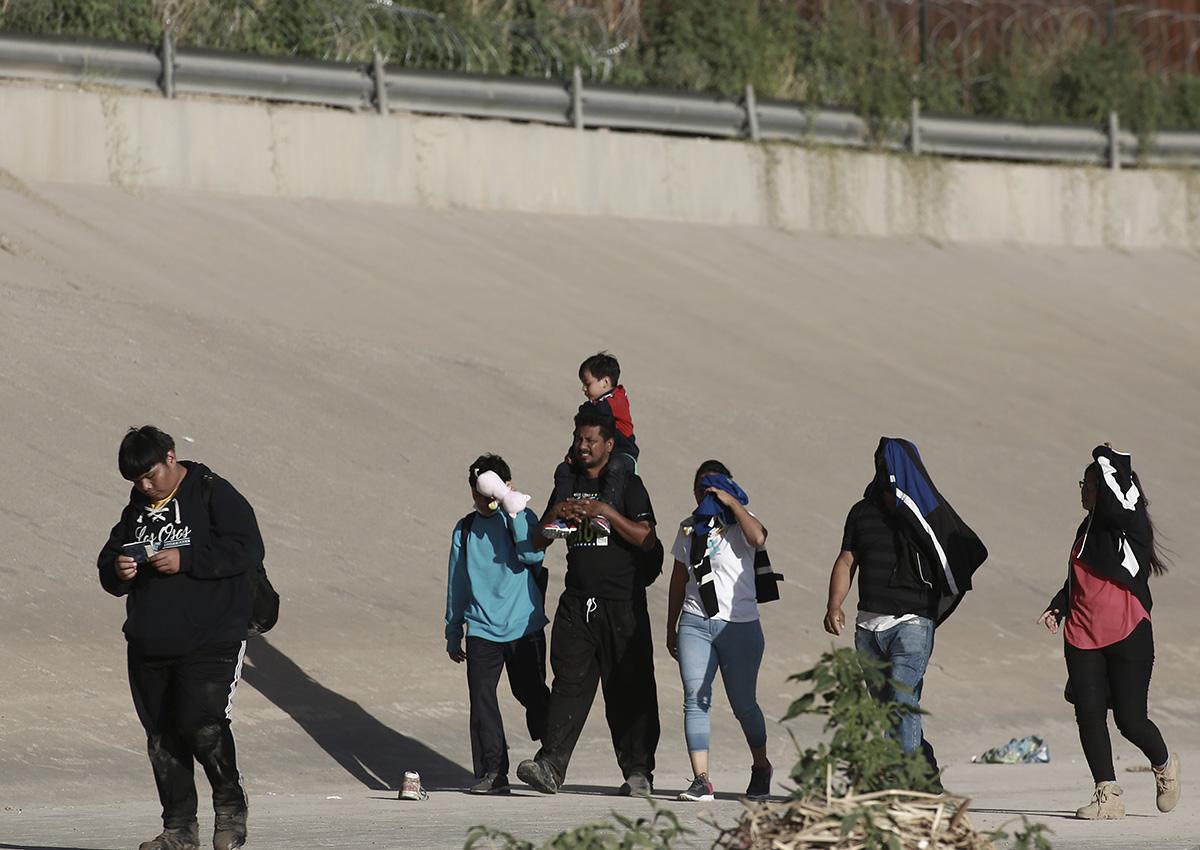 Deep Divisions, and the Need for Revolution

There is an enormous humanitarian crisis along the border. Quite possibly it will enter entirely new and more horrific levels of human suffering and violent repression quite soon. This crisis, and the anguish it perpetuates, is caused and driven by the global functioning of capitalism imperialism, especially U.S. imperialism—a system that has impoverished tens of millions of people, poisoned the earth and water and made agriculture impossible, and supported death squad governments that have murdered, brutalized, and raped countless people.

Democrats often express a hypocritical façade of “concern” and “compassion” for immigrants; Republicans seethe with racist hatred and openly call for the most brutal and violent measures along the border and against many immigrants within the U.S. But both, as Bob Avakian (BA) said in an interview this summer:

… have no answer to this, other than more horror: brutal apprehensions, detention camps of unspeakable misery and cruelty, family separations, border enforcement that spawns migrant smuggling rings that morph into trafficking for forced labor and sexual exploitation.

Divisions within the ruling class over how to respond to massive immigration are part of even deeper divisions within this country. As BA wrote in his vitally important document “This Is a Rare Time..."

These divisions among the ruling powers, and in the larger society, cannot be resolved within the framework that has existed, and has held things together, for nearly 150 years, since shortly after the end of the Civil War which led to the abolition of slavery—they cannot be resolved on the basis of the capitalist “democracy” that has been the “normal” means of capitalist rule (dictatorship) for so long.

Something radically different is going to replace the framework that has existed for all this time—and as the “Declaration and Call” sharply points out:

the crisis and deep divisions in society now can only be resolved through radical means, of one kind or another—either radically reactionary, murderously oppressive and destructive means or radically emancipating revolutionary means.

And as BA demonstrates scientifically in that document and elsewhere, we are living in a rare time when such a revolution is possible. That is what we need to be devoting our energy, courage, and creativity to bringing about as soon as possible.

STOP The Demonization, Criminalization and Deportations of Immigrants and the Militarization of the Border!

From the Constitution for the New Socialist Republic in North America: Orientation on Immigrants

The imperialists have no answer, but as the selection from the Constitution for the New Socialist Republic in North America, authored by Bob Avakian, indicates, the revolution does. It gives life to how the methods and goals of a new, revolutionary state power, founded on radically transformed relations of production, can work on transforming all of society, and advancing revolutionary struggle against the rule of capitalist imperialism, and all oppressive forces, throughout the world. As a cornerstone of that,

The orientation of the New Socialist Republic in North America is to welcome immigrants from all over the world who have a sincere desire to contribute to the goals and objectives of this Republic, as set forth in this Constitution and in laws and policies which are established and enacted in accordance with this Constitution. [Article II, Section 3,H]