From the International Emergency Campaign to Free Iran's Political Prisoners

"I will not rest until Nahid Taghavi is free!" — Mariam Claren

Editors' Note: We received the following from the International Emergency Campaign to Free Iran's Political Prisoners. 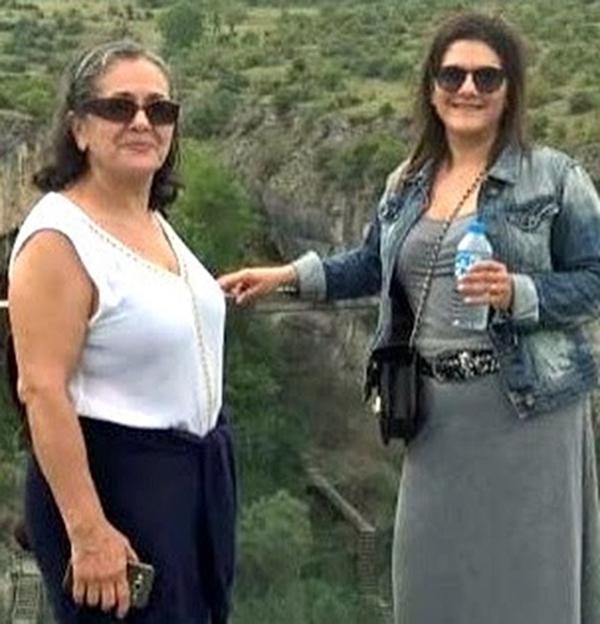 "A year has now passed since my mother was arrested.
A productive year for me, the year I woke up:
A year full of anger at extreme injustice and hatred of tyrants.
The year I finally saw the world through Nahid's eyes.

My mother spent seven months of last year in cold solitary confinement with 1,000 hours of interrogation.  She caught Coronavirus in prison and was not granted leave.  All this was for just one reason, because of her thinking and research.

In the past 40 days, the authorities informed my mother that she could go on leave due to her poor physical condition. Our family prepared the bail in just two days, but there was no leave?!!

As you know, my mother is a dual-national. I declare here that my mother was arrested because of her beliefs and I will not allow her to become a pawn of the dirty game being played by the German and Iranian governments for their own interests and deals."

‍In Germany on October 16, the anniversary of the arrest of Nahid Taghavi, major human rights organizations issued press releases calling for action and many news outlets carried the story,  including interviews with Mariam Claren. 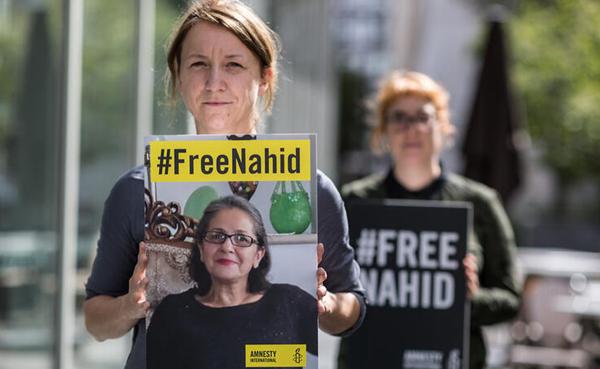 AI Germany published a major press statement and called on the German government to act. In the press release, Julia Duchrow, Deputy Secretary General of Amnesty International in Germany, denounced:

"The fact that Nahid Taghavi has been imprisoned in Evin Prison for a year and was sentenced on flimsy grounds is clear evidence of the lack of the rule of law and the serious disregard for human rights in Iran. Nahid Taghavi has only made use of her right to freedom of expression. It is being pursued as part of Iran's perfidious strategy that misuses dual citizens as bargaining chips for political purposes."

In a press release, Martin Lessenthin, chairman of the International Society for Human Rights, emphasized:

“It is tragic that the German foreign policy has failed to achieve justice and freedom for Nahid Taghavi within a year. Especially with regard to her health problems, something must finally move. Nahid Taghavi shouldn't have to spend another Christmas innocently behind bars.” The Frankfurt-based human rights organization demands the immediate and unconditional release of the German citizen.

Martin Lessenthin joined Mariam Claren to record a segment for a German TV channel broadcast on their Oct. 17 morning show.

The well-known German NGO for women rights around the world started Awareness Days on Thursday about the situation of female political prisoners in Iran, with a central focus on Nahid Taghavi. Their press release states: “TERRE DES FEMMES e.V. demands the immediate unconditional release of Nahid Taghavi and all other women who are in political captivity in the Islamic Republic of Iran.”

View their online article and view their extensive interview with Mariam Claren in German.