Kareem Stands Out as Voice of Sanity, While Others Make Excuses for and Enable…

With the NBA season getting underway, the big national news is about the players who are refusing to get vaccinated for COVID—particularly seven-time NBA All-Star and three-time member of the All-NBA Team, Kyrie Irving, who is Black and plays for the Brooklyn Nets. The Nets officials have announced that Irving will not practice or play with the team until he is vaccinated. Irving has refused to budge from his anti-vax position.

Irving has become the darling and the centerpiece of the anti-vax movement in this country. Fascists like Texas senator Ted Cruz have taken up Irving’s cause. Cruz said that Irving “has shown incredible courage” and that “I stand” with the NBA players who are refusing to be vaccinated. Irving has been praised by fascist news outlets Newsmax and Fox News and many right-wing radio hosts.1 The Christian fascist website churchmilitant.com wrote in support of Kyrie Irving’s anti-vax stand and attacked the “liberal media” for “exerting massive pressure on the athletes’ freedom.”

Kyrie’s position on refusing to be vaccinated is not factual, is untruthful, and is thoroughly unscientific. By retweeting and therefore promoting websites that tell people that “secret societies” are implanting vaccines in a plot to connect Black people to a master computer for “a plan of Satan,”2 and that, “I am protected by God and so are my people,”3 his words are doing great deal of harm. He is followed by millions of Black people, and his words influence them. By spreading these bullshit conspiracy theories, Irving’s words will result in many of those Black people who follow him not getting vaccinated—and many could get seriously ill or even die as a result. He is reinforcing an anti-scientific mentality among the masses. And on top of all that, he is playing Pied Piper to millions of youth and others and leading them into the fascist camp—a camp which contains many genocidal racists who would like nothing better than to see the full elimination of Black people from America, not the least of whom is Donald Trump.

Current and former NBA players have thrown in with Irving. Stephon Marbury, who played for several NBA teams, tweeted out that “(Muhammad) Ali would be proud of you (Irving).” Wrong! The fact is that Ali once did a television commercial urging parents to vaccinate their children.4 How dare Marbury try to compare Irving to Muhammad Ali? Then there’s LeBron James with this bullshit statement: “I think everyone has their own choice to do what they feel is right for themselves and their family… We’re talking about individuals’ bodies. We’re not talking about something that’s political or racism or police brutality and things of that nature… I don’t feel like for me personally that I should get involved in what other people should do for their bodies and their livelihoods.”5 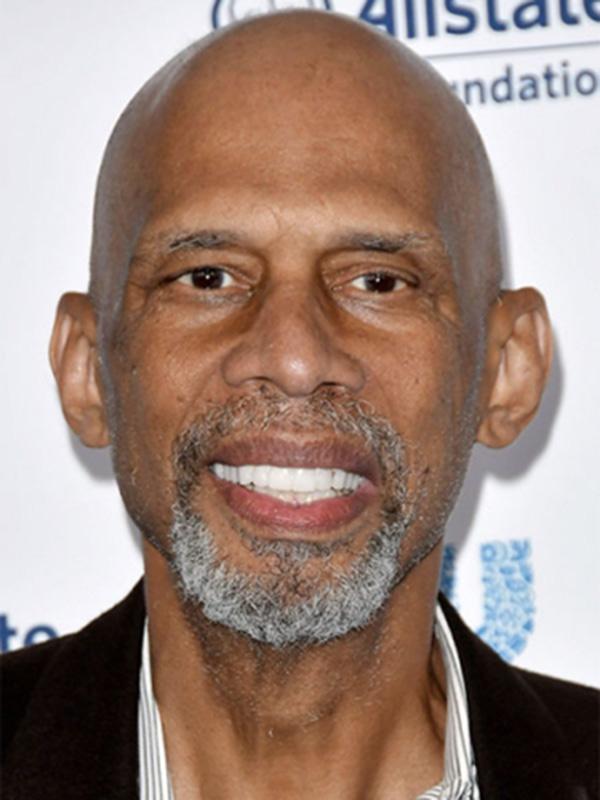 All-time NBA great Kareem Abdul Jabbar has an answer for LeBron, telling RollingStone, “LeBron is just plain wrong—and his being wrong could be deadly, especially for the Black community.” Further Kareem said, “There is no room for players who are willing to risk the health and lives of their teammates, the staff and the fans simply because they are unable to grasp the seriousness of the situation or do the necessary research… The NBA should insist that all players and staff are vaccinated or remove them from the team.” In another article, Abdul-Jabbar noted “that the situation is serious and we need to take immediate action to protect people. That thousands are dying every day, mostly among the unvaccinated. That people in the Black community, where vaccine hesitancy is high, are dying at a disproportionately higher rate than white people. That publicly talking about honoring opinions that contribute to their deaths is irresponsible.”6

Bob Avakian (BA) has written a lot about COVID and the importance of people getting the vaccine. And he’s written sharply against people who have major influence who are doing seriously harm by discouraging people from getting vaccines.7 As BA says:

Extreme individualism—the concept that “I have a right to do whatever I want, in line with my sense of my personal freedom”—is a tremendous problem in this society today, among all sections of the people. And one of the worst things about this is that this extreme individualism is actually a point of unity between some Black people, and other oppressed people, on the one hand, and, on the other hand, the genocidal racist fascists. What a terrible situation where some Black people and other oppressed people can actually find themselves in the same place as those fascists who regard them as inferior sub-humans and want to deny them basic rights, lock them up permanently, or outright exterminate them!8

If you are someone who influences people, and you don’t know the scientific truth about COVID vaccines—how they are crucial for saving lives and dealing with this pandemic—the least you can do is not spread dangerous disinformation about this. Just shut up about vaccines until you get real scientific knowledge about this.9

Five million people worldwide and 720,000 in this country have died from COVID so far, and the pandemic continues. Those “celebrities” like Kyrie Irving who are refusing to be vaccinated and influencing others to do the same will cause the deaths of many, many more. This is a horrific situation for the world and should not be tolerated. 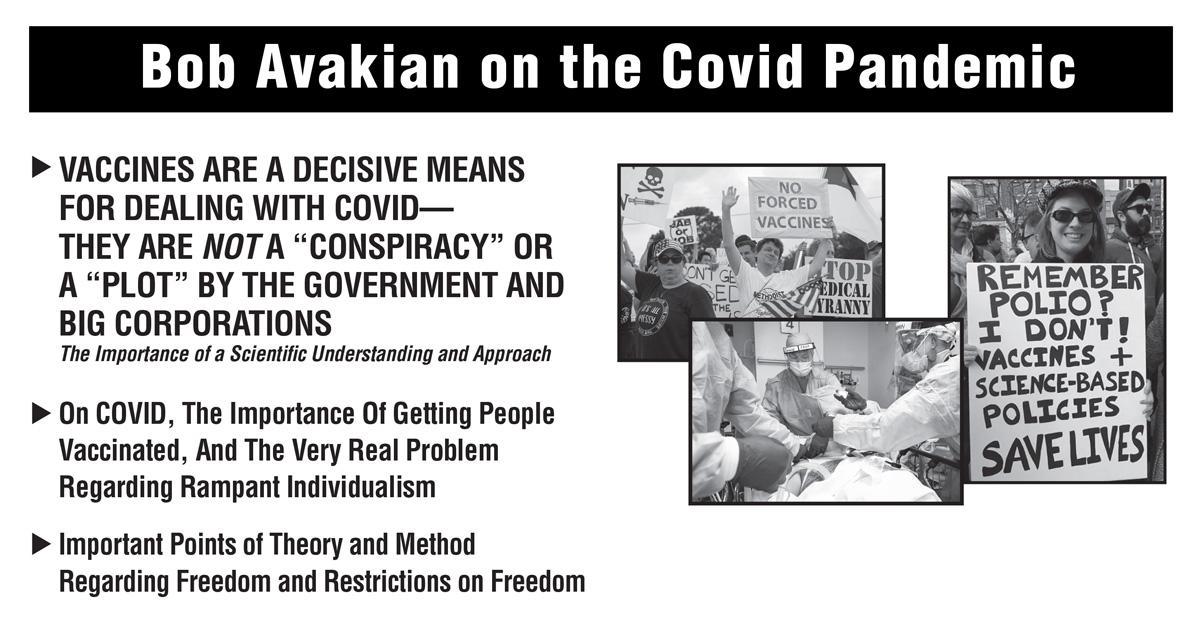 5. “LeBron James said he was vaccinated, after previously evading the question,” New York Times, September 28, 2021. [back]

7.  See “VACCINES ARE A DECISIVE MEANS FOR DEALING WITH COVID—THEY ARE NOT A ‘CONSPIRACY’ OR A ‘PLOT’ BY THE GOVERNMENT AND BIG CORPORATIONS”; “On COVID, The Importance Of Getting People Vaccinated, And The Very Real Problem Regarding Rampant Individualism”; "For Nicki 'Mirage' and Others Doing Real Harm: Some Straight-Up Scientific Truth: Discouraging People from Getting Vaccines Keeps the COVID Pandemic Going and Killing More People—Especially More Black People" from Bob Avakian. [back]

8. From “On COVID, The Importance Of Getting People Vaccinated, And The Very Real Problem Regarding Rampant Individualism.” [back]

9. From “Discouraging People from Getting Vaccines Keeps the COVID Pandemic Going and Killing More People—Especially More Black People.” [back]