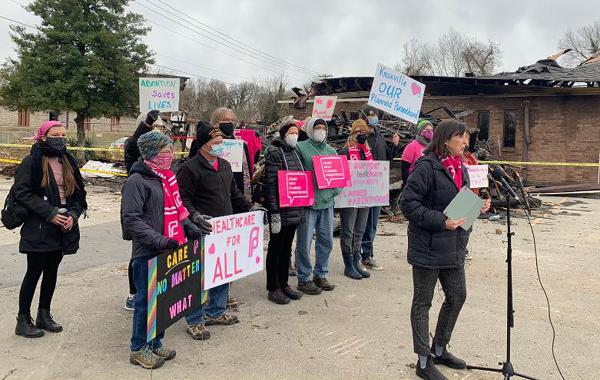 As the sun came up on New Year’s Eve, a 911 call in Knoxville, Tennessee, reported a fire at the city’s Planned Parenthood center. By the time firefighters arrived, the fire had consumed portions of the building, and flames were coming out of the roof. Soon the building, which was undergoing a renovation, was completely destroyed. On January 6, Knoxville’s Fire Department announced that arson caused the fire.

But the clinic’s destruction is a serious blow to the health and well-being of thousands of people in and around Knoxville. The New York Times reported that in 2021 Planned Parenthood in Knoxville “provided care to about 4,000 people.... This included 2,402 patients for birth control and S.T.D. testing, 815 abortion patients and 724 patients for gender-affirming hormone therapy.” 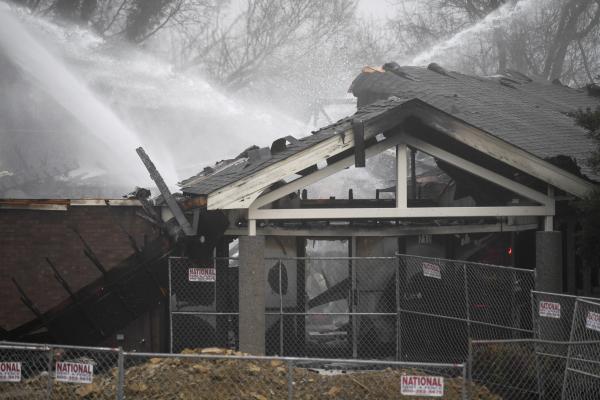 The arson was the second violent attack on Knoxville Planned Parenthood in the past year. On January 22, 2021—on the 48th anniversary of the Roe v. Wade decision of the U.S. Supreme Court, which legalized abortion nationwide—someone shot out the glass front door of the clinic, forcing it to close. Knoxville police and fire officials, and the federal Bureau of Alcohol, Tobacco, Firearms and Explosives claim to be “investigating” these cases, but as of January 9 no warrants have been issued or arrests made.

The violence in Knoxville is but one expression of a deadly, nationwide assault on abortion providers. In December, the National Abortion Federation reported, “Since 1977, there have been 11 murders, 26 attempted murders, 42 bombings, 194 arsons, and thousands of incidents of criminal activities directed at abortion providers.”

Much of this has been driven and perpetrated by fanatical, woman-hating Christian fundamentalist fascists. In Knoxville, a gang of these thugs calling themselves the “Church at Planned Parenthood” has been staging threatening mobilizations outside the Planned Parenthood clinic for over a year. They describe their mob activities as “a worship service at the gates of Hell.” At their first event outside Knoxville Planned Parenthood in December 2020, their leader said they were planting “a spark of a fire revival in the south,” and they prayed that “every fire of heaven would come against this building, and would come against this organization, and would come against this evil, in Jesus’s name.” A month later, the doors of the clinic were blown open by a shotgun blast. A year later, the clinic was burned to the ground.

All these assaults are part of an intense, escalating and multi-dimensional effort by fascists to completely outlaw abortion as part of a fascist remaking of society to one in which unrestrained white supremacy, male supremacy, and America-First chauvinism are enforced by an open and aggressive dictatorship that tramples on the rule of law, and unleashes violence and terror of fascist mobs. They must be met with massive, determined opposition by all who refuse to accept the rights of women being violently slammed backwards.